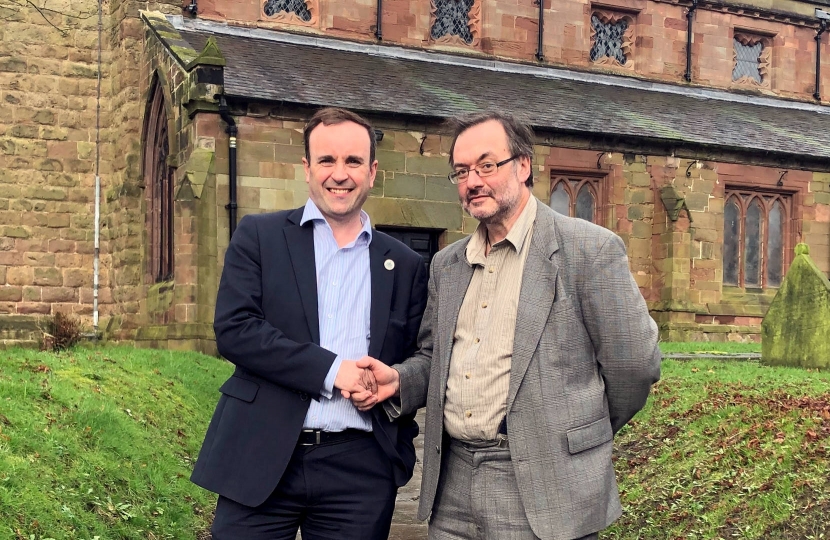 Newcastle-under-Lyme Conservatives have welcomed Audley councillor Ian Wilkes to the Party. The former Liberal Democrat switched parties on the day that the UK left the European Union.

First elected in 2004, Ian Wilkes served as Mayor of Newcastle Borough in 2016/17 and stood to be the town's MP in 2015. A supporter of Brexit, his views have diverged from the Liberal Democrats since the referendum in 2016.

"I am pleased to welcome Cllr Ian Wilkes to the Conservative Group. Ian is a long-standing councillor and former Mayor with a wealth of experience."

"I am delighted that Ian has chosen to join our group on the Borough Council. He brings a great deal of expertise and he is well-known in Audley as a committed community campaigner. His support for Brexit and his respect for the referendum result are absolutely in line with both his community and Newcastle-under-Lyme more widely. I look forward to working closely with Ian in Audley to support our residents."

"I was unable to remain a member of a political party that is so completely opposed to the vote of local residents to leave the EU. Brexit is an important opportunity for our country and we need representatives who will work to deliver on a whole range of issues, not to block progress."

The defection brings the number of Conservative councillors on Newcastle Borough Council to 19.